Soursop is a tropical fruit native to Central and South America. It’s also known as Graviola, guanabana, or Brazilian Pawpaw.

This fruit and other parts of its tree have been used for centuries in traditional medicine to care for various conditions, including arthritis, diarrhea, the flu, and more.

It is also believed by some to be useful alternative medicine for treating cancer—though there is no reliable evidence to support this claim.

What is Soursop Tea?

Soursop tea is made by steeping the leaves of the soursop tree in hot water. This tea has a unique flavor that some say is a bit musky yet also reminiscent of pineapple or mangoes.

It can also be combined with other herbs and spices or even the soursop fruit from the same tree to create a more robust flavor.

Unlike the more common types of teas, soursop tea does not contain any caffeine, but it is rich in antioxidants and other nutrients that can be beneficial for your health.

Soursop contains a type of long-chain fatty acid known as annonaceous acetogenins. Extracts of these compounds have been shown to kill cancer cells in test-tube and animal studies.

This has led some to believe drinking soursop tea may help treat cancer. Many companies have sprung up to cater to this belief, selling soursop tea leaves and bags online as alternative medicine.

However, no scientific evidence supports the claim that drinking soursop tea can help treat cancer in humans. While initial research suggests that annonaceous acetogenins may have potential as an anticancer treatment, much more research is needed before we can know whether soursop fruit or soursop tea is a safe and effective option for cancer patients.

Soursop Tea Can Be Dangerous

In addition to being unproven as a cancer treatment, soursop tea can also be harmful to your health.

Soursop tea can be toxic to your liver and kidneys when consumed frequently or in large amounts. It can also potentially lead to nerve damage and symptoms similar to Parkinson’s disease.

The compounds in soursop may also negatively interact with certain medications, including those used to treat diabetes and high blood pressure.

While having a soursop fruit every now and then is unlikely to cause any harm, concentrated extracts like pill capsules or tea may be riskier.

And even though some animal studies suggest that soursop tea may help treat cancer, it is not recommended that you try to self-medicate with this tea—or any other unproven cancer treatments—without first speaking to your doctor. Cancer is a serious disease that requires professional medical care with tested and proven treatments. Adding risky alternative treatments to the mix can be dangerous and may even delay getting the care you need. 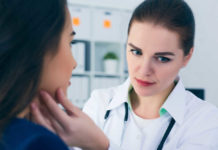