Millions of people take aspirin every day, hoping it will reduce their risk of developing heart disease or suffering a heart attack.

While this might be helpful for people who have already had a heart attack or stroke, it doesn’t appear to be an effective method of primary prevention.

Worse than just being unhelpful, using aspirin daily might increase your risk of bleeding problems and other health complications.

Even though it’s an over-the-counter medicine, you should consult with your doctor before starting to take aspirin daily or stopping if you already are.

The Risks of Taking Aspirin regularly

Aspirin is an antiplatelet blood thinner, which is why it can help people with known cardiovascular disease, and why it was formerly suspected of possibly being an effective means of preventing heart attacks and strokes in people without prior cardiovascular problems.

But this same blood-thinning and antiplatelet effect can also increase the risk of severe bleeding problems. It can lead to gastrointestinal damage, bleeding, intracranial hemorrhage, and hemorrhagic stroke.

Even though daily doses of aspirin are typically very low dosages, there appears to be an increased risk of major gastrointestinal bleeding by 58%. And the risk of hemorrhagic stroke is increased by 27%.

Daily aspirin therapy can have severe adverse effects for patients undergoing invasive surgical procedures due to the increased risk of uncontrolled bleeding.

In patients with known cardiovascular disease, under the guidance of your doctor, the benefits of taking aspirin to reduce cardiovascular events may outweigh the risks.

So, while aspirin is a beneficial drug for some people, it’s not without risk.

Because each person is in a unique situation of health risks and variables, an individualized approach is likely better than general recommendations. That means talking to your doctor about your risk factors and whether or not taking aspirin daily is the right decision for you.

Your doctor can also prescribe other risk-modifying therapies, such as statins and antihypertensive medications, which may change the risk-benefit equation for you. 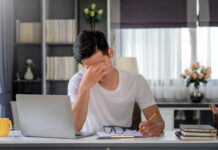