Intelligence is more complicated than a simple IQ number or academic performance.

There are many different definitions of intelligence, including types such as:

Underlying these modes of intelligence are cognitive and neurological capabilities such as:

The capacity for these abilities differs from person to person. Here are five signs you may be more intelligent than you think.

Creativity, like intelligence, is a complex, multi-dimensional phenomenon that can be hard to define.

In general, it involves above-average abilities in divergent thinking (“thinking outside the box”), as well as pattern recognition, problem solving, and the synthesis of new ideas.

Creative people tend to be open-minded, curious, and sensitive to their environment and the people around them. Also, multiple research teams have demonstrated a strong link between creativity and intelligence, some even suggesting that high creativity requires high intelligence—and low intelligence appears to be a roadblock to creativity.

Working memory is a cognitive function that temporarily allows us to store and manipulate information in our minds. It’s the mental “workspace” where we keep the information we’re currently focusing on while also keeping track of other relevant bits of data. For example, if you need to remember a few numbers for just a minute or two, you’ll repeat them to yourself in your head until you can write them down or use them.

This is a different form of memory than long-term memory, which stores facts and knowledge in the back of your mind until it’s needed in the future.

People with higher working memory capacity tend to be better at math, have better reading comprehension, and have higher general fluid intelligence.

Talking Yourself Through A Task

When working on a complex task with many steps, do you talk yourself through it (either in your head or out loud). Reciting to yourself things like, “First I need to do this, then I can do that, but I need to pay attention to this other thing simultaneously. Now I’ve done that, so next, I do this…”

People with higher intelligence tend to be more vulnerable to worry, anxiety, and depression.

On the brighter side, people with higher intelligence are more likely to have a good sense of humor.

Humor often requires a quick mind, the ability to see patterns and connections that others don’t, and the ability to find the incongruity in a situation—all things associated with intelligence.

So, if you’re able to laugh at yourself, see the irony in everyday situations, and enjoy a good pun or clever play on words, it may signify that you’re more intelligent than you think. Prevent Bugs From Biting You This Summer With These 3 Tips 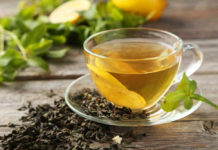 Is There Insect DNA In Your Tea?