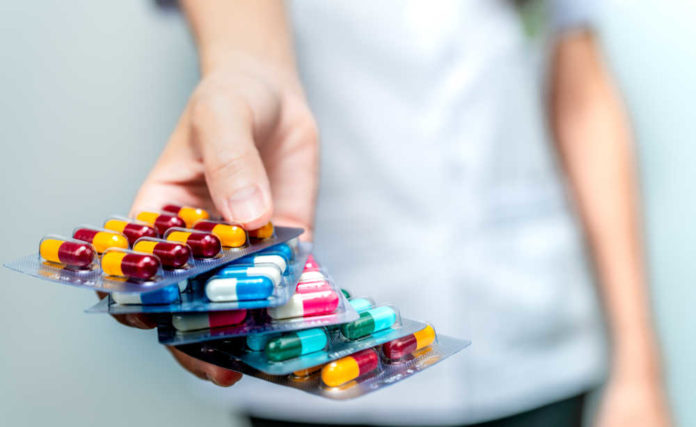 A recent study analyzed the data surrounding more than 15 million antibiotic prescriptions in the United States.

The researchers found that 23.2% of outpatient antibiotic prescriptions were inappropriate for the given diagnosis.

Another 35.5% were only classified as “potentially inappropriate.” And an additional 28.5% were not even associated with a recent diagnosis—for example, inappropriate refills of previous prescriptions that may no longer be needed.

That leaves only 13% of antibiotic prescriptions that can be confidently classified as necessary and appropriate for the situation.

Antibiotics Are Not a “Cure-All” Treatment

One of the primary reasons why antibiotics are being over-prescribed is because many people (both patients and doctors) think that antibiotics are helpful for nearly all illnesses and infections.

A person may go to their doctor because they are sick with a cold or some other illness (or their child is). The doctor may tell them to wait it out and just use over-the-counter decongestants to manage symptoms. But the patient wants a pill that will make them better quickly, so they push for an antibiotic prescription.

But antibiotics are only good for bacterial infections. Common colds, the flu, and other illnesses caused by viruses will not respond to antibiotics.

Over-prescription of Antibiotics is Dangerous

In the past, doctors would often prescribe antibiotics “just in case.” It was assumed to be a harmless precautionary measure—maybe the illness will be cured, and if not, at least it won’t do any damage.

It is now well-known that overuse of antibiotics can lead to several dangerous consequences.

For example, we now know much more about the gut microbiome and the importance of maintaining a healthy balance of bacteria in the body. Antibiotics can be helpful when a pathogenic bacteria has invaded and caused an infection—but they can also wipe out the beneficial bacteria populations.

This can lead to a number of issues, including gastrointestinal issues, weakened immune function, and nutritional deficiencies.

A Great Threat to Global Health

Over-prescribing antibiotics can also accelerate the spread of antibiotic resistance.

When antibiotics are misused, there is a chance that not all of the pathogenic bacteria will be killed. The bacteria that have survived can then go on to multiply—leading to a growing population of bacteria that are capable of surviving that antibiotic treatment.

Since antibiotics are being misused at such a large scale, there is an increasingly high chance of contagious, antibiotic-resistance bacteria spreading across the world. That would potentially lead to an epidemic of dangerous “superbug” infections that could not be treated.

Antibiotic-resistant cases of pneumonia, tuberculosis, gonorrhea, and salmonellosis have already been observed, with more expected as the threat grows.

The World Health Organization (and other health organizations) has warned that antibiotic resistance is “one of the biggest threats to global health, food security, and development today.“

The WHO advises that you can help by:

● Only use antibiotics when prescribed by a certified health professional.

● Listen to your doctor when they say you don’t need them—don’t demand a prescription.

● Always follow the dosage guidelines and other recommendations when using antibiotics.

● Use good hygiene and food safety practices to avoid catching and spreading infections.

Action must also be taken throughout the health and food industries on all levels to manage the use of antibiotics better and to ensure they are used responsibly, effectively, and only when truly necessary.